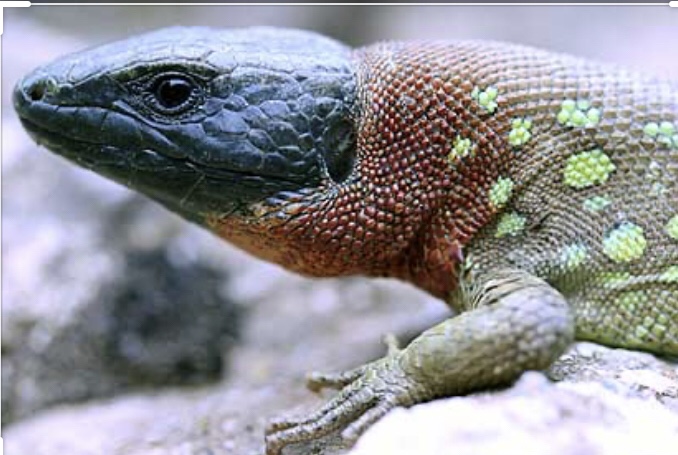 I wondered why we consider the serpent in Genesis 3 to be a snake. He’s often depicted as walking on legs, as the snake was cursed to crawl on his belly only after the Fall.

If I saw a reptile with legs, I would refer to it as a “lizard” or a “dragon,” as in “Komodo Dragon.” What would a lizard from this region look like, with four legs?

Now, the word used for serpent is “nachash,” which is an onomatopoeia. Say “nachash” out loud like a snake hisses, and you might appreciate what a great word it is. It conveys more of the full throated bark-hiss of a lizard, versus the slender ‘sss’ you hear in the word “snake.”

Basically, I think snakes are somewhat misunderstood in the Bible, because they are one of the symbols Moses uses to heal his people, and Jesus said we should be wise “like serpents, and innocent like lambs.”

Just to throw in some ancient strangeness, in about 7500 BC, in Mesopotamia, there was a people called the Ubaid. They left these statues of reptilian humanoids. 7500 BC is the approximately the same time period in which Genesis would have been set, according to the dates from the Old Testament. Could the serpent have been a reference to the Ubaid, perhaps a neighboring group with competitive interests to Homo sapiens, during a time when multiple humanoid species coexisted? I’m willing to speculate.

Just to keep speculating, what if we put the Ubaids into the Genesis narrative? A competing tribe entices the humans to eat something that permanently alters their consciousness, accelerating it far beyond what it had been. Or, the fruit disinhibited an influence that prevented the full use of their capabilities. The gardener curses that tribe to eat dust and crawl on the ground. Almost like they were driven underground.