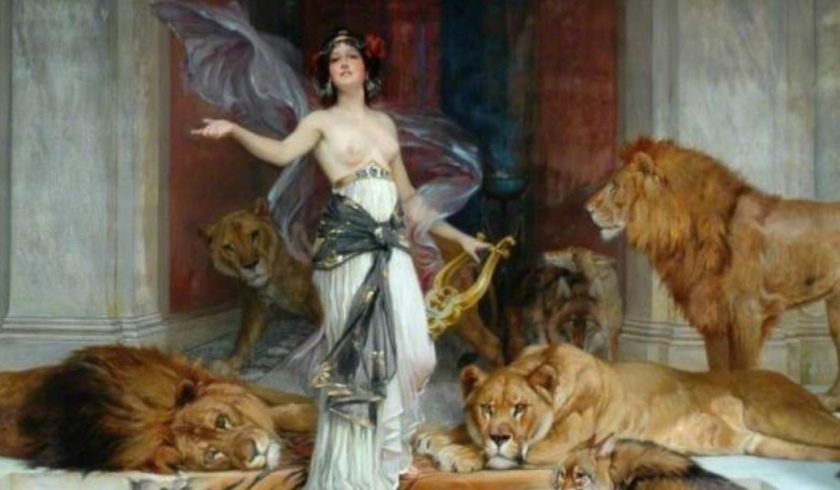 Zula and Lula stood on the street corner in the small town outside the small theater inside Bruno’s mind. “Before we enter, let’s be prepared.” Zula reached into her robe, and withdrew a long, curved sword in a scabbard. She handed it to a wide-eyed Lula. “Psychic self defense; we don’t know what we’ll encounter in there, but we can’t consider it friendly.” She pulled a second sword from her robe and they both strapped them to their backs.

They walked through the door to the ticket booth, attended by an elderly woman. Lula pointed, “that’s Bruno’s grandmother. She died when he was ten.”

“Today, same as every day, it’s Black Star. Here you go, dear-heart.” She handed them tickets, and they walked through the door.

“I thought Shamshael said that the Black Star was Anand?” Lula asked.

Zula tightened her mouth and creased her brow. “Bruno’s … what if it’s not that he’s sensing Anand, what if he is Anand?”

“It’s a theory I’ve been working on. Many of us in Urthona get direct communications from Barbelith, which is an intelligent satellite that’s an emissary from Urthona herself. Maybe he has the same relationship with Anand, and she’s … merged with him. He’s an incredibly powerful psychic and elemental, and he occupies a nexus of realities orthogonal to ours. That’s why he can talk to the dolphins, breathe underwater.”

“How are we supposed to fight a star? These are just swords.”

“Anand doesn’t understand love or friendship. No matter what, we love Bruno, and we’ll find him here. We don’t have to kill Anand. We need to find his ascended future self in this theater and convince him to take his power, to rise and speak his truth. Once he has, he can deal with whatever is here.” Zula stroked Lula’s cheek. “We will be safe, my love, because we know he loves us.” She kissed Lula softly, and they crossed the threshold into the main theater.

The seats were empty, and red curtains covered the stage. As they sat, the lights dimmed. The curtains drew back, and they saw a kitchen lined with wood, windows, a mirror, a table with chairs. A tense man with glasses walked in, taking small steps, as if he held a marble between his asscheeks that he couldn’t release. “That’s Anno,” Lula whispered. “He was married to Belladonna, Bruno’s mother. He raised Bruno after she left, even though Bruno wasn’t his.”

Belladonna slowly walked through the doorway, a beautiful woman, delicate like porcelain, waiting to be broken. “Anno, what’s going on?”

“I’ll tell you, you let him , f f.. fornicate with you. Again. Why does this keep happening Donna! You told me he raped you when you had Bruno!”

Belladonna was crying already, quiet tears. “He did. I just, I don’t know. He sees me, you know? He wants me, he desires me. And you never even touch me, not ever!”

“There you go, Mary Martyr. It’s always someone else’s fault. Were you high, when you were … fornicating?” He slammed his fist on the table.

She nodded. Zula wanted to weep. Then she saw the boy, bronze skinned with feathery hair, in the front row, his eyes rapt, watching everything. The curtains closed. They opened again, and a staircase set had been erected.

Anno was arguing with Belladonna in front of a staircase. He grabbed her by the shoulders and began to shake her violently. “You told him I hit you? You told him that?” She screamed, and he let her go, and she plunged down the staircase. Lula covered her mouth. The curtains closed.

The curtains parted again with a set like a hotel room. The bronze boy was taller now, leaner. He walked back and forth, stealing a glance at a sleeping couple in the bed. Zula and Lula could see the woman’s blonde hair over the covers, and the arms of a large dark skinned man. A loud snore cut through the air.

The boy sat on the floor of the room with a single pillow. He made a bed for himself with the pillow and his jacket. The snores grew louder and more frequent. He took the pillow and hugged it around his head, trying to block the sounds. He rolled back and forth, trying to sleep.

Finally he stood up and walked over to the sleeping couple. Lula realized from the woman’s long blonde hair flowing behind her that she was Belladonna, and the dark man must have been Arculf, Bruno’s biological father. Bruno grabbed the arm draped over his mother and turned the man over so he was on his stomach. The snores stopped.

The boy reached his makeshift bed, and then the snores resumed as Arculf turned back over, now out of the blanket. Even from their seats, Zula and Lula could see clearly that Arculf was naked from the waist down, his cock still engorged and glistening. Belladonna slept on. Bruno turned around in horror, and shied away. He sunk down to the hotel room floor and wrapped the pillow around his head. The curtains closed.

The curtains reopened on a courtroom scene. Bruno was at the stand, testifying and looking down. Anno glowered at the weeping Belladonna from the opposite courtroom table. The scene changed again, and it was Bruno alone in his room. Anno was shouting at him, and he stared at the floor.

Lula felt her sword, and wished she could use it to go and rescue Bruno. But she knew the drama unfolding was in the past, in Bruno’s mind and for now she had to watch.