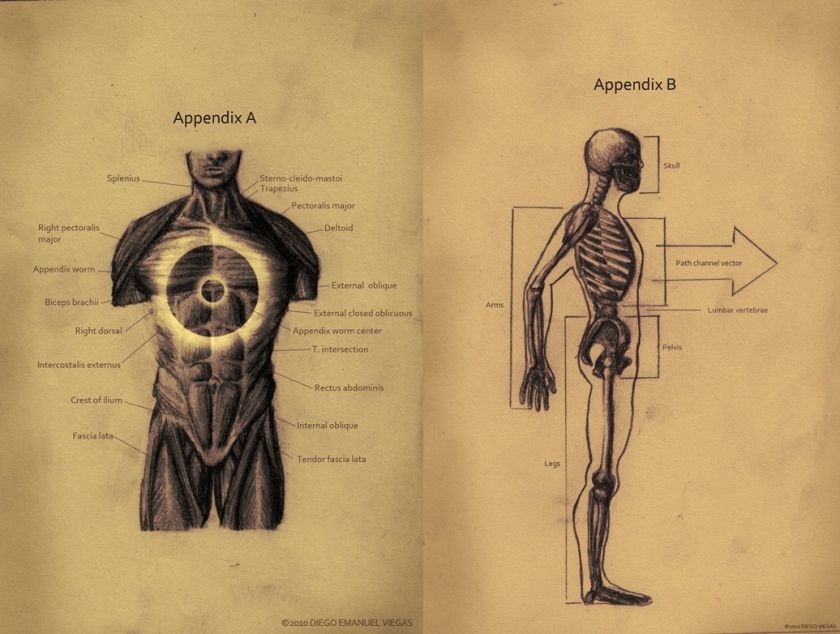 I started reading PDFs of the original draft of Richard Kelly’s Southland Tales, as well as looking at his unproduced draft for Louis Sachar’s Holes.

I’ve talked about the “rabbit hole” that Donnie Darko took me down. The movie was recommended to me by CJ, a fellow groomsman at a friend’s wedding, one of those clean cut Young Republican types who turned out to have many more layers to him. I found out he was openly gay, had a great sense of humor, and held Republican candidates to a standard of “intellectual honesty,” which I found refreshing. He was so excited about Darko that I made a point to get the DVD from Blockbuster that week.

I watched the movie, then watched it again. I didn’t understand it, but there was power to it. I listened to the soundtrack on repeat, the haunting piano music reinforcing the emotions of the music.

Over the next few years, I tried to get into the referenced material to better understand what the movie meant to me, and how I could pursue those ideas in my life. I visited the website, which was a game containing a few Easter eggs related to the movie. I bought the printed book of the script, and read it. I read Graham Greene’s The Destroyers. I started to read Watership Down, but didn’t really get into it.

I got really into the idea of time travel, reading a few books like Alan Lightman’s Einstein’s Dreams. I became obsessed for a couple months, visualizing myself going back in time to my middle school self, and telling him how much he should study and how important it was to do whatever it took to get A’s in math and science. I had recurring dreams about being back in college, or back in high school.

It was probably some anxious wish fulfillment fantasy. My job sucked, I wanted to go to medical school, but I couldn’t bring myself to quit my job and go back to school; it seemed really selfish, and I had this deep fear of not being able to achieve, not being smart enough to handle all the science classes. I had taken O-Chem, gotten a C in the first semester, and a B in the second semester. I had to cheat on one exam, studying with someone who had an old copy of the test, which the teacher was repeating. Was everyone else in the class using this resource? I felt like Raskolnikov, and I was worried that the C would keep me out of medical school.

Ultimately, I took a year and completed the rest of the pre-med classes at a Manhattan school where the classes were a joke. I got straight A’s, and did well enough on the MCAT. This sort of pattern, where everything falls into place to get me somewhere even though it was improbable, is what I call an Ensurance Trap, after the movie’s concept of the Living Receiver being put into position by the Manipulated Dead.

I think Donnie Darko represented my desire to go to medical school, even though it seemed impossible. There’s more to it, though. There’s the desire to protect the innocent, the hints of supernatural abilities, psychic powers, prophecy, predestination, time travel, and fate. There’s the strong visual imagery, like the metal bunny mask, an echo of Austin Osman Spare’s work. There’s the music, the unsettling mystery of a child’s death, and the open ended nature of the movie.

Also, Donnie is a transgressive hero, who floods his school, burns a man’s house down, and shoots a stranger. His following Frank is reminiscent of “Son of Sam”, following the instructions of god through a dog’s voice. Both of these have echoes in the Bible, in the story of Balaam’s ass, who spoke the truth to a false prophet, or Aslan. Demon or angel? Real or imaginary?

Donnie evokes Holden Caulfield, as when he scolds the therapist about the line between love and fear, and tells the motivational speaker he’s the antichrist; he’s a bright, compassionate, young man who performed very well on standardized tests. He hasn’t an outlet, and he’s a disciplinary challenge. This describes me in high school really well.

I was really excited about Richard Kelly’s Southland Tales, especially with the music, the apocalyptic setup, the actors, and the poetry used as a framing device. Then … I didn’t really get it. The movie was trying to do so much, and didn’t have the same heart. I love Dwayne Johnson and Sean William Scott in the movie, and the line: “pimps don’t commit suicide” is part of my internal lexicon, even though no one else knows it.

Concetta and I saw The Box in the theater; it was good, but I haven’t felt compelled to revisit it. The novelistic details with which Kelly invests his characters, like Cameron Diaz’s leg and James Marsden’s NASA aspirations, really make the movie personal and warm in a way in a way Southland wasn’t.

I’m planning to read through Kelly’s scripts, and the supporting materials (like the Southland prequels). I’m planning not to define the symbol system of Richard Kelly, or create a grand theory of a shared universe behind his work. I’d like to just reflect on some of the most resonant moments, and consider the themes. Kelly is like David Lynch in that he draws much of his cinematic power from his background as a visual artist, and his visuals and music are far more cohesive than the storyline.

Donnie Darko has become a personal myth for me, part of my “personal legend,” as Paulo Coelho would describe it. I’m ready to explore.